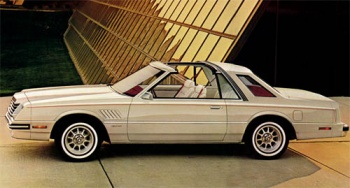 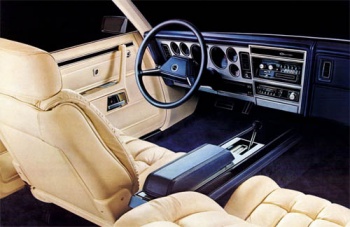 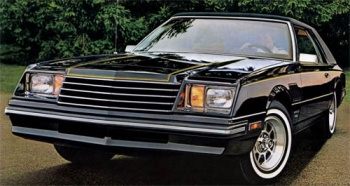 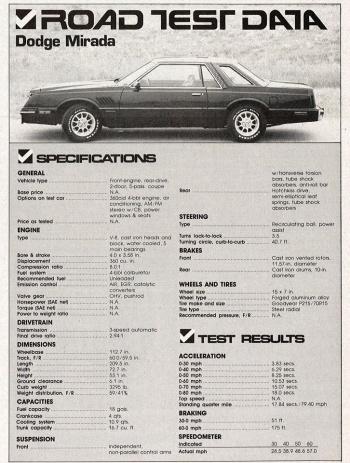 In 1980, Dodge and Chrysler downsized their Personal Luxury Magnum and Cordoba from the B-body platform to the new J-Body platform.

In 1978, Dodge released the Dodge Magnum, which was originally to replace the 1977 Charger, as its Personal Luxury car. However, a second Oil Embargo and the competition from Ford and GM downsizing their Personal Luxury cars kept the MagnumXE from ever cracking the 75000 mark for both years (1978 and 1979) of its production. The Chrysler Corporation was in serious financial trouble (at the verge of bankruptcy -- later bailed out with a Government backed loan) and had put Lee Iacocca at the helm to save it from ruin. Iacocca save Chrysler with the the K-Car -- but that's another story. Work had already started on killing the B-Body and moving to the J-Body before Lee Iacocca had arrived, but he was responsible for the styling direction -- like the very angular/starched lines and vinyl Landau top of the new car.

While the Cordoba name was for Chrysler, the Magnum name would not be carried over for the 1980 Dodge. The name was replaced with the Mirada name -- which is Spanish for "look" or "view".

The Mirada was never built in any great numbers, and it (as were Imperial and Cordoba) was finally discontinued in 1983 when the larger J-Body was dropped and Chrysler's focus was the K-Car. In 1984, Mirada's replacement would be the 2-door version of the Dodge 600 series.