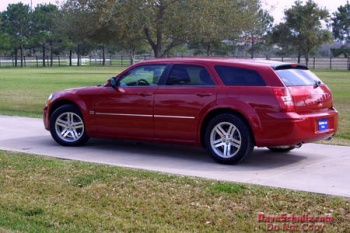 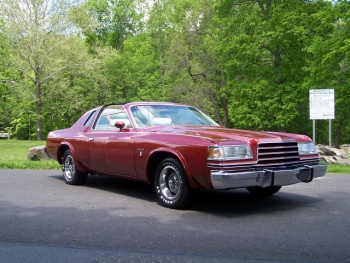 During the dark disco and low horsepower days in the late 70s, the Dodge Magnum was a beacon of sunshine.

Originally designed to become the 1978 Charger, the radical frontal styling reminiscent of a Cord from the 30s scared Dodge's management into hedging their bets and to continue the Charger while renaming the intended replacement the Magnum. The Magnum was an overwhelming success and the Charger was discontinued for 1979. In 1979, Dodge also released a 4-Dr version on the new R Body platform called the St. Regis. However, the oil embargo and gas shortages caused Dodge to drop the B Body platform for 1980 -- and the Magnum was replaced by the smaller J Body Mirada.

For those who thought that the Magnum XE wasn't quite hot enough, there was the optional GT package. The GT package included subtle fender flares around the wheel openings, GR60 X 15 raised white-letter tires on 15 X 7-inch Magnum wheels, which were exclusive to this package. The GT also got you heavy duty shocks, leather covered steering wheel, firmer feeling power steering, and engine turned appliqués on the instrument panel and passenger vent panel.

For 79 the GT package was back, basically unchanged from last year, new colors included, nightwatch blue and teal green sunfire metallic. In addition to last year's options, this year's GT package included heavy-duty front and rear sway bars, heavy-duty torsion bars, and heavy-duty rear springs. If you wanted the 360 cid four-barrel V-8 engine, you have to either order the GT package, or order the Trailer-Assist package.

The Magnum in Brazil