This Wiki is specific to the 1978-1979 Dodge Magnum. Click Here for other wikis concerning the use of the name Dodge Magnum.

The 1978 Dodge Magnum was to replace the Dodge Charger, which was schedule to stop production with the end of the 1977 model year. However, the very radical Cord like front grill gave management cold feet, and so they extended production of the Charger into 1978. When the Magnum turned out to be a big sales success, the Charger was dropped for 1979. However the "Gas Crisis of 1978-79" spelled the end of the B-Body platform, the the B-body was replaced in 1980 with the J-Body, and the Magnum with the Mirada. 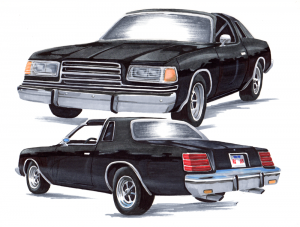 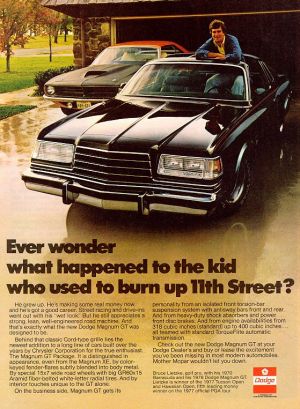 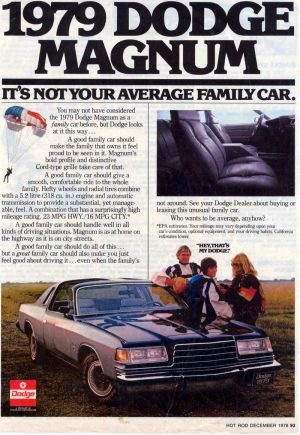 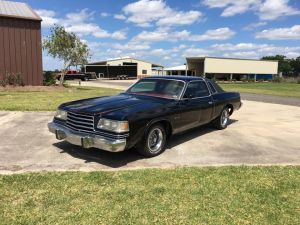 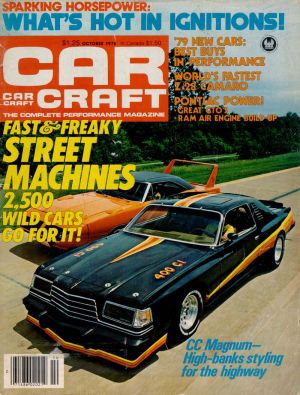 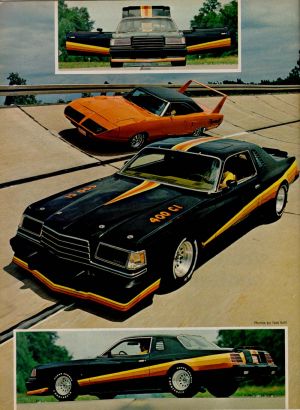 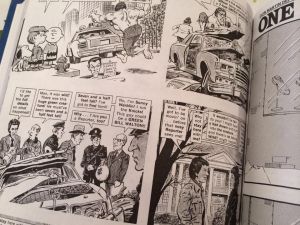 MAD Magazine taking a shot at the Dodge Magnum

The Magnum was introduced for 1978 to replace the Dodge Charger. It was sold in two forms, the "XE" and the "GT" and was the last vehicle to use the long running Chrysler B platform. The appearance was somewhat of a rounded off Charger, and was in response to getting a car that would be eligible for NASCAR that would be more aerodynamic, something that the 1975–1978 Charger was not. Styling features included four rectangular headlights behind retractable clear covers, with narrow opera windows, and an optional T-bar or power sunroof. The Magnum was well-featured with power steering, brakes and seats; the suspension included Chrysler's standard adjustable, longitudinal torsion bars, lower trailing links, and front and rear anti-sway bars. The base engine was the 318CID V8 with Lean-Burn, while two and four-barrel carbureted 360CID and 400CID V8s were optional; weight was nearly 3900 lb. During the start of the 1979 model year, the 400 V8 engine was dropped from the options list as Chrysler stopped producing big-block V8 engines in production cars during the end of 1978 model year. A performance model, the "GT" had been available with the 400 CID V8 during the previous model year (1978) and the "E58" police interceptor (360 V8-195 HP) engine was available during the 1979 model year along with HD suspension, special axle, special "GT" badging and a "turned metal" dash applique. Technology was advanced for the time with an onboard spark control computer from inception, electronic ignition, and a lockup torque converter. During the end of the 1979 model year, the mid-size B-body Dodge Magnum (along with its mid-size B-body based Chrysler Cordoba counterpart) was discontinued, as was with just the Magnum name itself, in favor of what would become a smaller, all newly designed, J-body platform based Mirada coupe (which also would be shared along with what would become its J-body platform based Chrysler Cordoba coupe counterpart as well) all during the next four model years (1980–1983). Only 3,704 1979 Dodge Magnum coupes included a T-Top. 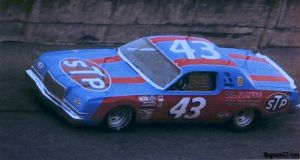 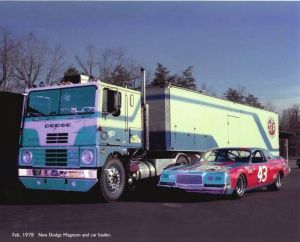 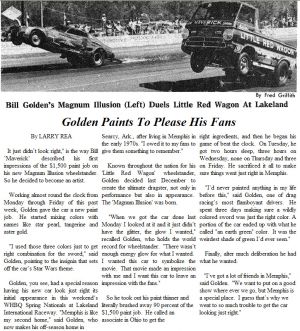 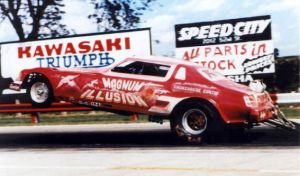 The mid-size B-body 1978–1979 Dodge Magnum coupe in the United States and Canada was an addition to Chrysler's line up that allowed Richard Petty to continue racing with a Mopar. For the 1978 NASCAR season, the 1974 Charger that Chrysler teams had continued to use was no longer eligible for competition. Chrysler worked on several car designs to smooth out the current 1975 bodied Charger into something that would be reasonably aerodynamic for the big racetracks and the Magnum design was settled on in the summer of 1977 for use in the 1978 racing season. While not as aerodynamic as the 1974 Charger body, the shape of the Magnum showed promise, and the "Petty Enterprises" built test cars reached 190 mph on test runs. At first it seemed that out on the tracks the cars ran well with Petty almost winning his Daytona 125 (finishing second), and leading over 30 laps of the Daytona 500 until a blown front tire caused him to wreck. However, the lack of factory development support of the small-block Chrysler 360 V8 as a race engine was becoming more of a problem, and in high speed racing traffic the Magnum did not handle well. Petty was particularly harsh in his criticism of the car - before the season he declared, "The Magnum is undriveable at 190 MPH."

By the latter half of the 1978 season, Petty and Neil Bonnett (the two top Mopar teams) gave up on the car's inconsistent performance and switched to Chevrolets and Oldsmobiles, leaving independent drivers Buddy Arrington (who bought a few of Petty's Magnums, along with some parts), Frank Warren, and Country singer Marty Robbins to soldier on without any substantial factory support. Chrysler did provide sheet metal and some engine parts to teams driving Magnums. From August 1978, two to five independent teams showed up with Magnums in NASCAR races, until January 1981, when NASCAR switched to smaller bodied cars. Buddy Arrington cut his down to J-Body size and rebodied as a Dodge Mirada, then as a Chrysler Cordoda, and finally as an Imperial.

The Magnum never enjoyed the racing heritage of its predecessors, but it was not without its own achievements. Petty scored 7 top five finishes in his 17 races with the car, and Bonnett won three poles and scored 5 top five finishes with his. Petty recognized the Magnum with a commemorative decal, depicting his famous number 43 emblazoned on a Magnum for his 1992 Fan Appreciation Tour. Though Petty never won a race in a Magnum, his son, Kyle Petty drove one of his father's year-old Dodge Magnums in his first race (1979 Daytona ARCA 200), and won. Kyle raced in five NASCAR races using the left-over Magnums in 1979, but wrecked them beyond reasonable repair by the 1980 Daytona 125.

As of December 2012, only two NASCAR Magnums still existed; one (an ex-Petty car) resides in the Talladega NASCAR museum, and the other; (Marty Robbins' 1978 Magnum No. 42) has been restored and is owned by a private party.

Bill 'Maverick' Golden created a rear engine wheel-standing Magnum, called Magnum Illusion to match race with his Little Red Wagon A-100 Pickup. For awhile it wore a US Air Force paint scheme, as he was trying to solicit them as a sponsor. 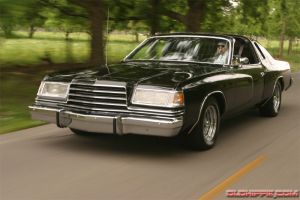 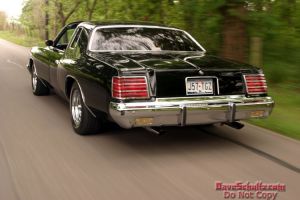 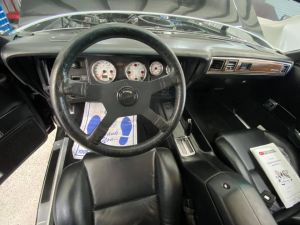 Change the Category below the Comments to the appropriate category(s). In the special pages you will find a link to the list of categories.