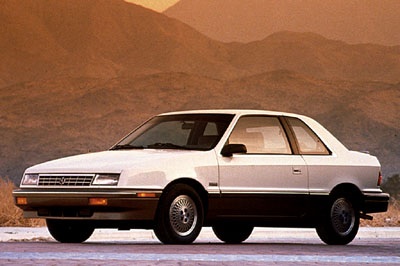 The Plymouth Sundance and its badge engineered variant Dodge Shadow were available as a 2-door coupe and a 4-door hatchbacks. Unlike the Dodge Shadow, a convertible model was not offered for the Sundance. The models employed a variant of the K-car platform, the P-body. 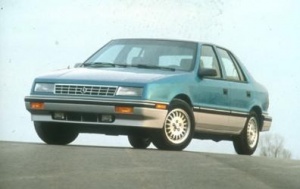 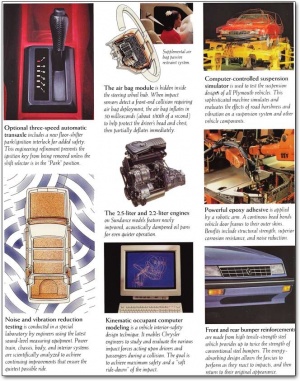 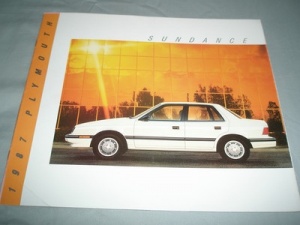 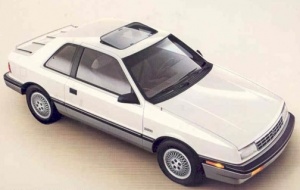 The FWD Sundance offered a variety of four-cylinder engines, all either of 2.2 or 2.5 L, some turbocharged. Naturally aspirated versions were fuel injected, except those sold in Mexico. The engines were tuned for torque rather than horsepower, resulting in numbers that appear to be reversed from the Honda Civic - for example, 93 hp and 112 pound-feet of torque from the base 2.2 L engine. A Mitsubishi-built 3.0 L V6 was added later, replacing the turbocharger engines. All engines were available with a five-speed manual transmission (sourced from Getrag on turbocharged and V6 models) and a three-speed automatic based on the venerable TorqueFlite. In 1993, the manual transmission was modified to make shifting into reverse easier; a number of other incremental improvements were also made.