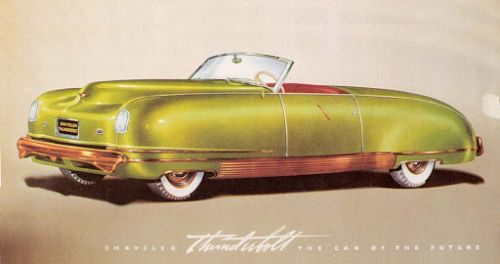 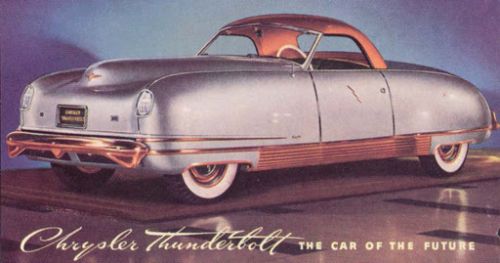 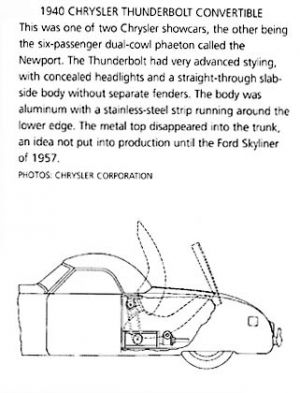 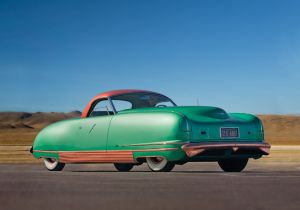 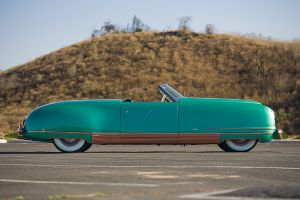 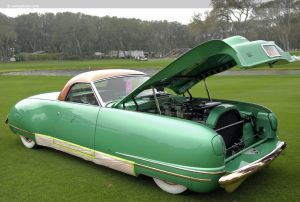 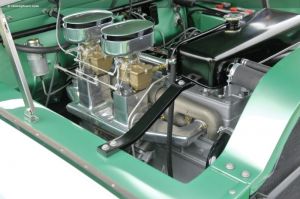 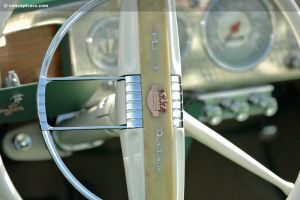 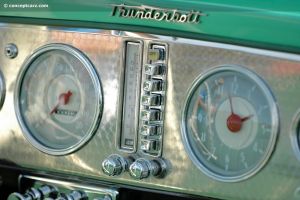 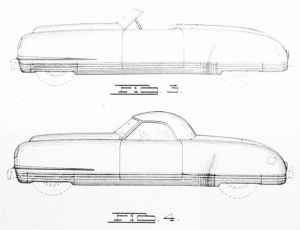 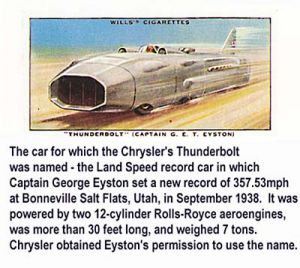 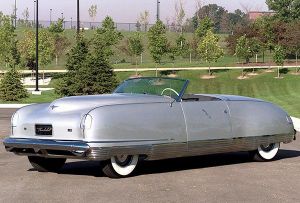 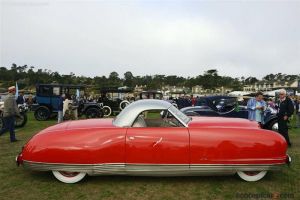 Chrysler commissioned Coachbuilder LeBaron/Briggs to build five Chrysler Newport Phaetons and five Chrysler Thunderbolts as Concept Cars. The first was introduced for the 1940 New York Auto Show. The cars were primarily built to remove the stigma of the failed Imperial, Chrysler and Desoto Airflows, and to answer Harley Earl's 1938 Buick Y-Job concept. The car is also referred to as a 1940, but the 1940 is the same car. They traveled the car show circuit extensively in 1940 and 1941. It was nicknamed "The Car of the Future".

The Thunderbolt was primarily designed by Alex Tremulis (more recognized nearly a decade later for his design of the Tucker) with some help from Ralph Roberts. The car was named after the car that had set the land speed record of 353 mph in 1938. While the retractable top was revolutionary for the time; it would take another 17 years before a production car would have a similar feature. That vehicle was the 1957 Ford Skyliner.

An Interesting Excerpt from the Supercars.net web site: 7807943-Known as the ‘Copper Car’ it an original copper retractable roof and lower body trim. After extensive touring it was sold in March of 1941 and the subsequent owner who had a 331 cubic inch hemi-head Chrysler engine installed. Acquired in the 60s by Bill Harrah. Restored by Tired Iron Works of Monrovia, California in 2009 with original engine located. The Teal colour was chosen from period artwork. Displayed at the 2009 Amelia Island Concours d’Elegance, 2009 Pebble Beach Concours d’Elegance and offered at RM Auction’s Automobiles of Arizona sale but it was Not Sold at a high bid of $1,175,000 USD.