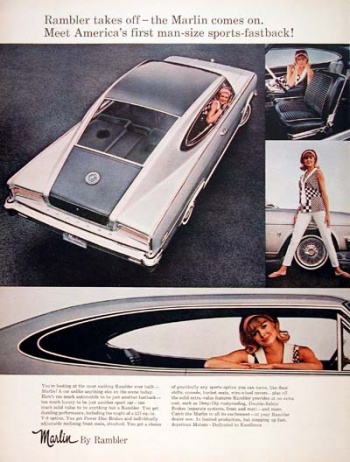 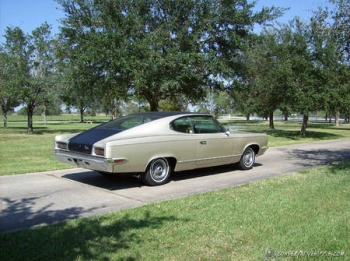 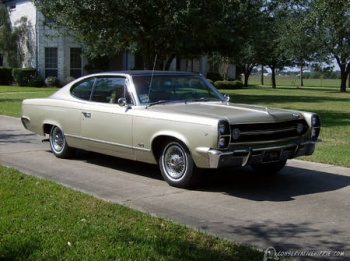 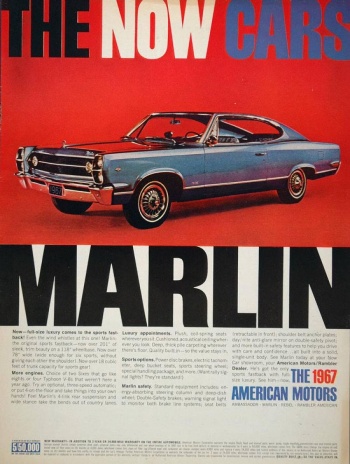 No real predecessor, although the Tarpon was a Concept Car that might have inspired the Marlin.

The AMC Marlin was replaced by the AMC Javelin for 1968.

For 1967, the Marlin moved up to the longer Ambassador platform, which many feel better compliment the fastback roofline -- making it look less turtle like that the 65s and 66s.