From MoparWiki
(Redirected from K310)
Jump to: navigation, search 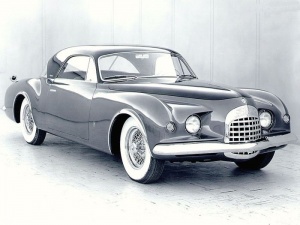 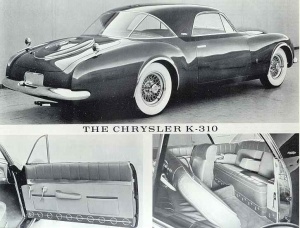 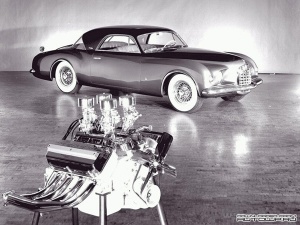 The 1951 Chrysler K310 was the first Concept Car Virgil Exner designed after K. T. Keller had hired him away from Raymond Lowey Studios. The purpose of the car was to showcase Chrysler's new for 1951 Firepower Hemi engine. While it was Exner who designed the car, it was Ghia who built the body in Italy and shipped it to the US. It was the beginning of a long relationship between Chrysler and Ghia.

The inside joke was that the car got its K from Keller and the 310 from his weight.

In 1952 there was a convertible version called the C200, and that was followed by the Chrysler D'Elegance. Those dream cars solidified Tex Colbert's confidence in Exner and he was promoted to Chief of Styling and designed the Chrysler Corporation's cars for 1955. Some of the K310's features to make it to the 1955-1956 Imperial was the egg crate grill, rear kickup, and gunsight tail lights.