From MoparWiki
(Redirected from 225 CI)
Jump to: navigation, search 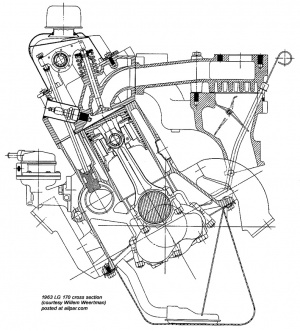 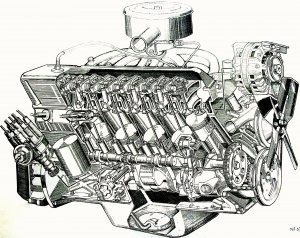 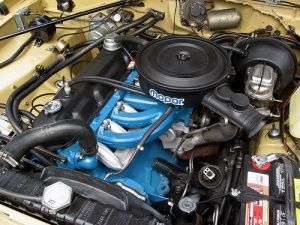 Slant Six in its natural habitat 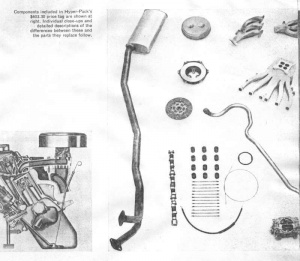 The Slant six was a Mopar first ever ohv six cylinder motor, which began production in 1960. While most other American six cylinder engines had the block orientated with the cylinders north and south at a 90 degree arrangement, the Slant Six (aka the "Leaning Tower of Power") leaned the cylinders over 30 degrees on a slant to allow for the lower hoods in the new compact A-Body models, the Valiant (not originally a Plymouth when released in 1960, but it's own make) and the later (introduced in 1961) Dodge Lancer. It also replaced the aging Flathead Six used in the entry level Plymouths and Dodge's junior model Darts (still full size) retired after 1959.

In addition to offering a lower hood height, the Slant Six was able to have a long branch intake manifold for greater breathing capacity and better fuel economy, and it allowed for the water pump to be offset to the side (instead of in front) for a shorter engine.

While the standard manual transmission was a 3-speed, a special A-904 TorqueFlite automatic transmission with a 1-piece aluminum case and lighter internal components was developed for the Slant Six used in the Valiants and Lancers. They weighed about 100 less than the A-727 transmission.

In the early1960s, the main purpose of the 6-cylinder engine was for high miles per gallon of gas in the new compact cars like the Falcon, Nova, Comet, American, Lark... With a few exceptions like the Corvair's air cooled Pancake Six, or Buick's V6, most of the six cylinder motors in compact cars were straight forward inline cast iron block sixes. Mopar took their unusual slant design a step further in 1961-1962 with an aluminum block produced at their Kokomo, IN plant. These blocks were made 43 pounds lighter (in their 225 CID iteration) than the 413 pound cast iron version by precision die casting -- giving the ability of thinner walls and less metal than the sand-casting process used for the cast iron blocks. The cylinder walls were cast iron. The lighter motors took weight off the front axels of the smaller Valiants and Lancers, which improver steering and braking - plus increased gas mileage. While the blocks were any manufactured in Kokomo, the engines were assembled in Trenton. There was no increase in the horsepower of torque ratings between the iron and aluminum engines.

However this was only a two year proposition as the Kokomo plant couldn't properly gear up to efficiently produce the blocks in sufficient numbers, and Trenton found it costly to switch lines between the two different block types. So the last of the aluminum engines were installed in cars in early 1963. A total of about 47,000 aluminum block Slant six motors were installed in cars over the two year run.

The Hyper-Pak was a dealer installed performance option for more power through better breathing. It included better flowing exhaust manifolds and exhaust pipes; a four barrel six branch intake manifold and 4bbl carburetor; higher duration cam and other hardware. The increased performance came at the expense of a smooth ride.