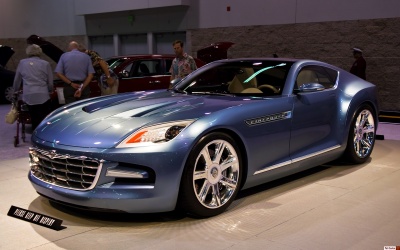 This article is about a concept car. For the similarly named engine, see Chrysler FirePower engine.

The Chrysler Firepower was a Dodge Viper based concept car. It also takes some of the styling cues from the Chrysler Crossfire. The Firepower's engine was a 6.1 L Hemi V8. According to Chrysler, this engine produced 425 hp (317 kW) and could propel the vehicle to a 0-60 time of 4.5 seconds. The concept was once featured on the cover of Car and Driver. Designers responsible for the design were Brian Nielander (exterior), who also worked on the ME-412 concept; and Greg Howell (interior). The Viper's 6.1 L Hemi V8 was estimated to take the car from 0-62mph in 4.5 seconds with a top speed of 175mph). The 5-Speed automatic transmission allowed for both luxury and performance. 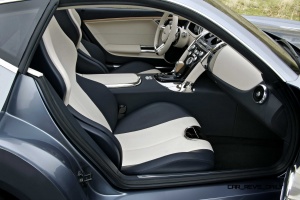 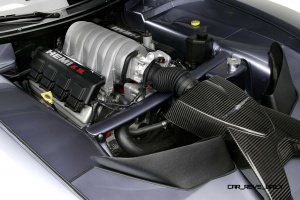 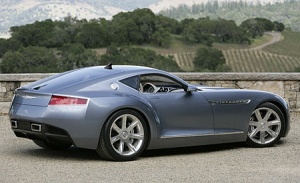 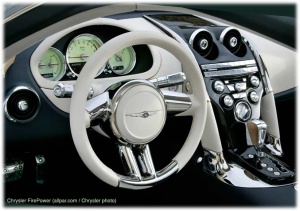 'Computational Fluid Dynamics' modelling was used to shape the body with aerodynamics, sufficient down-force and engine cooling in mind. It was finished off in 'Hydro Silver Pearl' with dark carbon fiber and polished aluminum accent

The Firepower Concept was built to prove that Chrysler could indeed build a hybrid car using existing hardware. Signs earlier in the year pointed to the Firepower going into production using the same hardware as the concept, however Chrysler has now officially announced that the Firepower will not be produced, as Chrysler could not find a viable way to produce the car. Senior Vice-President of Design, Trevor Creed, stating "We're not doing Firepower; we just couldn't find a viable way to do it."