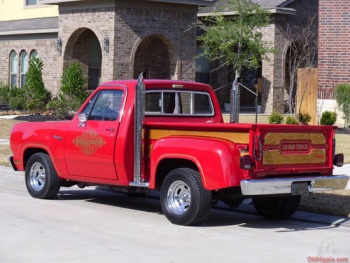 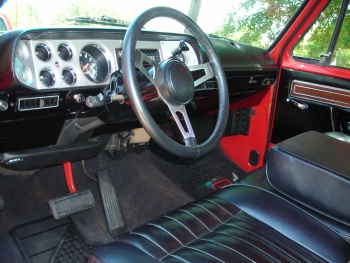 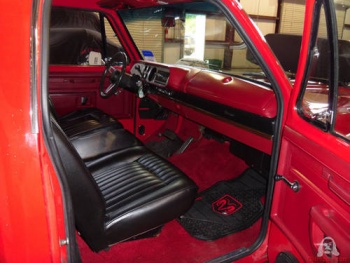 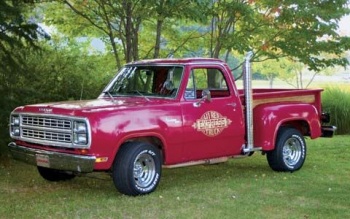 The Last American Hot Rod to roll off the assembly line in the late 1970s.78 Lil' Red Truck

Because of a loophole in the emissions regulations the 1978 Dodge Lil' Red Express Truck's did not have catalytic converters, what the Lil' Red Express did have was a special High Performance 360 C.I. 4-barrel small block engine code (EH1) which was a modified version of the 360 police engine (E58) producing 225 net horsepower @ 3800 RPM. The package also included Hemi style mufflers with a crossover pipe breathing through 2 chrome stacks located behind the cab, a special 727 transmission and 3.55:1 rear gearing.

Also included as standard equipment on the Li'l Red Truck.

EH1 360 High Performance Chrysler LA small block based on the car division E58 police engine with upgrades. The upgrades included a 68 340 Chrysler LA small block camshaft with a 276 duration, .484 lift and 48 degree overlap. Then a double roller timing chain and gear set was added for durability. A set of 360 high flow heads featuring 1.88/1.62 valves helped moves gases in and out. It used a forged crankshaft with 8:4:1 flat top pistons and featured a bore of 4.00 inches and a stroke of 3.58 inches respectively. It is also believed the rocker arms and springs are more heavy duty than the standard E58 pieces used. Also, Chrysler topped the package by using a 850 cfm Carter Thermoquad 4bbl carburetor with bigger primaries and secondaries than the police version of the carburetor. The engine was rated at 225 hp @ 3800 RPM and 295 lb/ft of torque at 3200 RPM.

Note: The prototype Lil' Red Express used W2 Cast Iron Heads, Holley Aluminum Intake, and Holley 4160 4bbl carburetor. Again, this was only the prototype and not the production version that featured this items like some people believe.

A727 Loadflite Transmission with upgrades. The upgrades included a 440 valve body install to provide firmer and positive shifts. A Chrysler 9" 2500 rpm stall torque converter was used to give quicker launches and acceleration. The gear ratios were as follows: 1st= 2.45; 2nd= 1.45; 3rd= 1.00; and reverse is a 2.20 ratio. 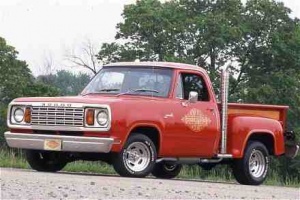 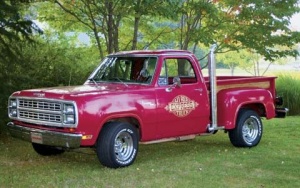