Sheriff of Safety Town, he was in scores of Dodge Charger and Dodge Challenger commercials in the late 60s and Early 70s, where he pull the cars over for looking too fast, and tell the driver in a gravely voice) "You're in a heap of trouble boy". 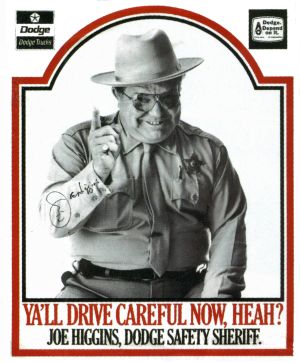 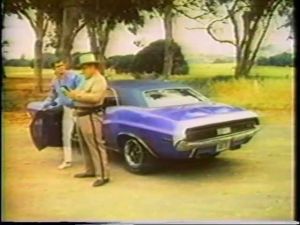 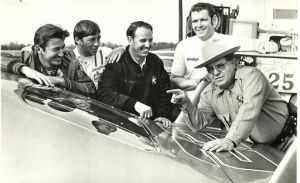