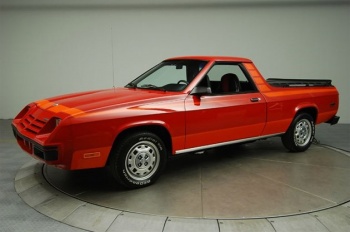 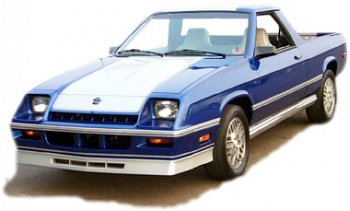 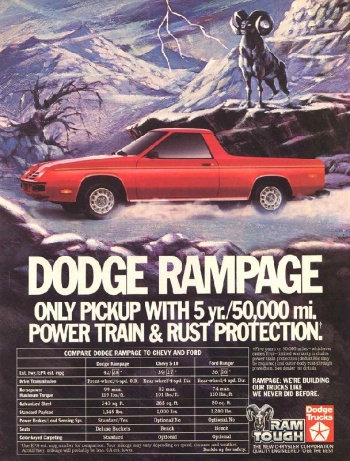 The Rampage was developed by Hank Carlini and Lee Iacocca. The Rampage was the first front wheel drive pickup sold by Detroit automakers. The beds will not rust out on Rampages as they are galvanized metal rather than just painted bare metal. The Rampages payload was 1,145 lb. The base price in 1982 started around $6,700, the optional Sport package tacked on around $500.